Urban Agriculture in Scandinavia: Observations from 3 Months of Travel | June-September 2015

22. februar 2016
af Mads Boserup Lauritsen
By: Jennie Li, Masters Candidate, University of Washington, Landscape Architecture and Urban Planning As a Master’s student in my third year of studying Urban Planning and Landscape Architecture at the University of Washington in Seattle, my experiences with TagTomat as well as visiting several projects during a 3 month tour last summer has been invaluable […] 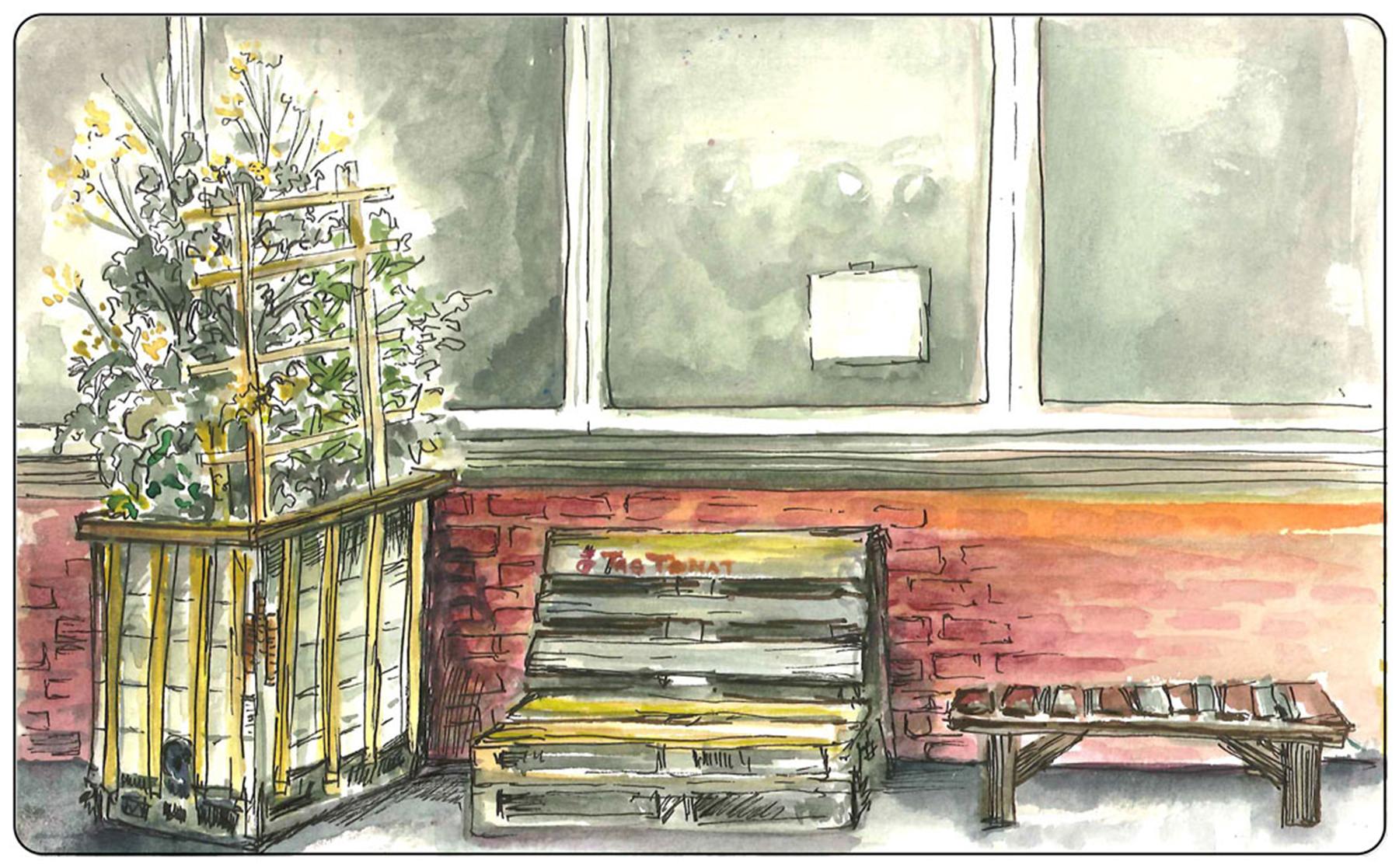 As a Master’s student in my third year of studying Urban Planning and Landscape Architecture at the University of Washington in Seattle, my experiences with TagTomat as well as visiting several projects during a 3 month tour last summer has been invaluable in thinking about the ways we can collectively transform small urban spaces to become productive and communal. While I’ve attempted to document my experience in various ways (through my blog and a watercolor journal https://urbanaggregate.wordpress.com/2015/09/28/alternative-foodscapes-in-scandinavia-a-journey-through-watercolor/), Mads suggested I write a post summarizing some broader observations from my journeys as an American observer.

An admittedly self-selecting but common theme throughout my experience working with different urban agricultural initiatives in Scandinavia was a desire to move towards communal endeavors – that people were craving local interaction with nature and with each other in ways that global urban consumption did not fulfill. Although these interactions were addressed differently per project, the following is an attempt to categorize and discuss some general strategies used across the sites I visited. 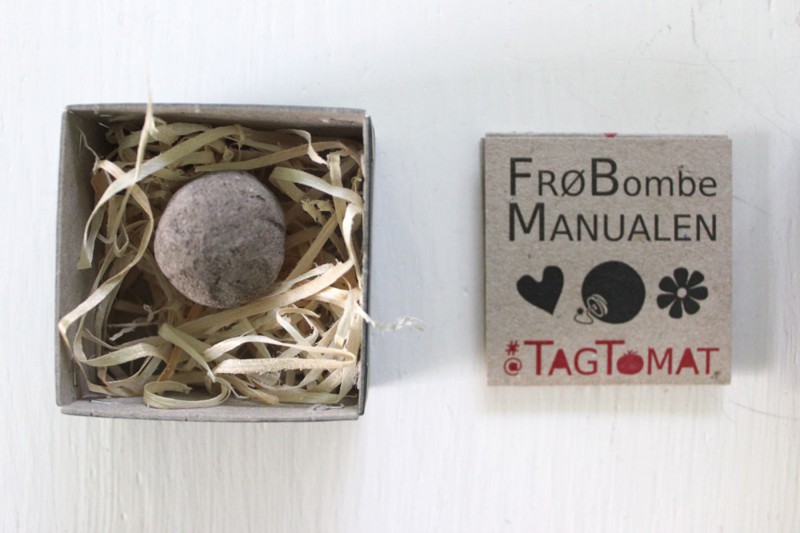 Flower/seed bombs are a portable strategy for citizens to engage with their environment. In addition to selling and producing Flower Bombs, TagTomat holds open workshops at community events to show you how to create your own.

1. Empowering people in urban communities: breaking down social barriers can serve the dual purpose of improving community life for citizens and the environment. TagTomat grapples with this concept by asking how can we create products and tools that allow people to engage? How do we adapt to urban needs through design and community engagement? Read more about my initial impressions and experiences with TagTomat here https://urbanaggregate.wordpress.com/2015/07/24/tagtomat-empowering-diy-green-communities/ 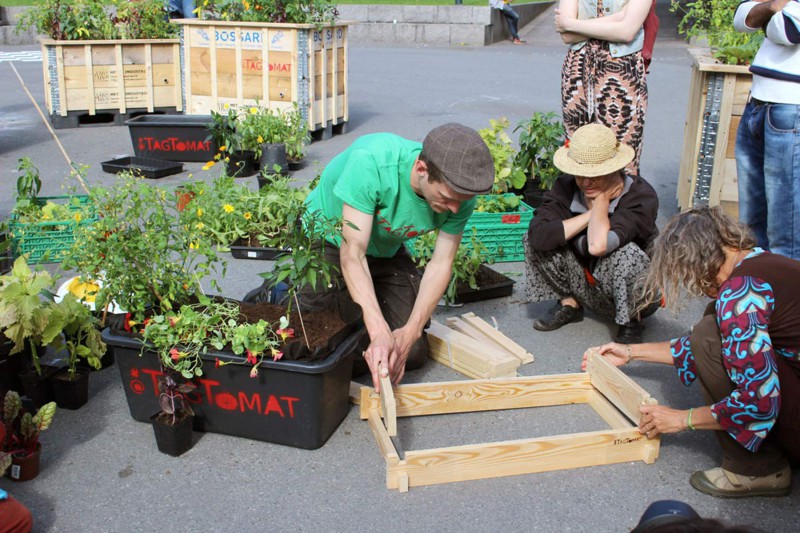 2. Visibility, especially in today’s digital world is key. Marketing (either digital or spatial dissemination of information) is what drives the story of a space and makes it a place. Visibility can also mean social networking and community workshops, which TagTomat often employs as a strategy for exposure to new communities.

TagTomat buys and digs out some fully grown vegetables from Grantoftegaard just outside of Copenhagen.

3. Hand in hand with visibility, making connections (or networking) is at the heart of success in building community. Chaining together multiple efforts and building complexity into space has a coalesced effect of drawing people together. One specific partnership I saw as exceptionally valuable is the link between peri urban and urban spaces. In addition to the partnership between Seerupgaard and Ostergro (explored in a part article here), I visited a peri-urban farm run by a former Copenhagen chef who strove to bring the experience of dining closer to its source. Even during my final week at TagTomat, we visited Grantoftegard, an organic farm to dig out vegetables at peak harvest for an installation in Copenhagen. 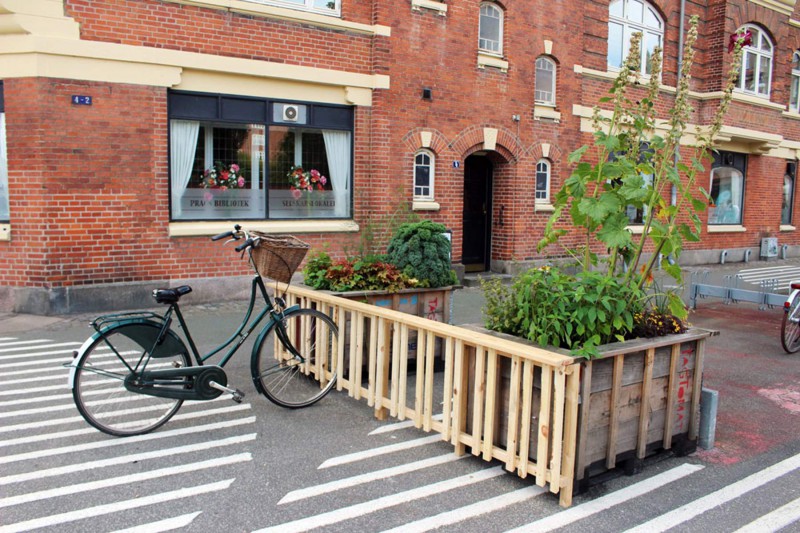 A temporary installation on Prags Plads for Park in a Week.

In summation, urban agriculture is a sophisticated but tangible tool by which to introduce complexity back into sterile systems. Urban space does not and should not be single use sites, and spaces that are more successful are able to layer multiple uses. This can be done in numerous ways, as simple as converting a shed roof to an edible garden, to holding a seed bomb workshop at a temporary parklet for Parking Day, even building planters and seating for a community plaza. It is, in fact, the ability for urban agriculture to fulfill multiple, complex roles socially and environmentally that gives it its urbanity. As Mads is fond of saying “It’s not rocket science, but it works.”

Special thanks to Mads, for whom without his hasty and prompt correspondence I would not have been able to fulfill my scholarship application. Additionally, this journey would also not have been possible without the generosity of the Valle Scholarship, and the many wonderful people I’ve met along the way who have graciously hosted and taken me on tours of projects in/around Copenhagen, Oslo, and Stockholm. 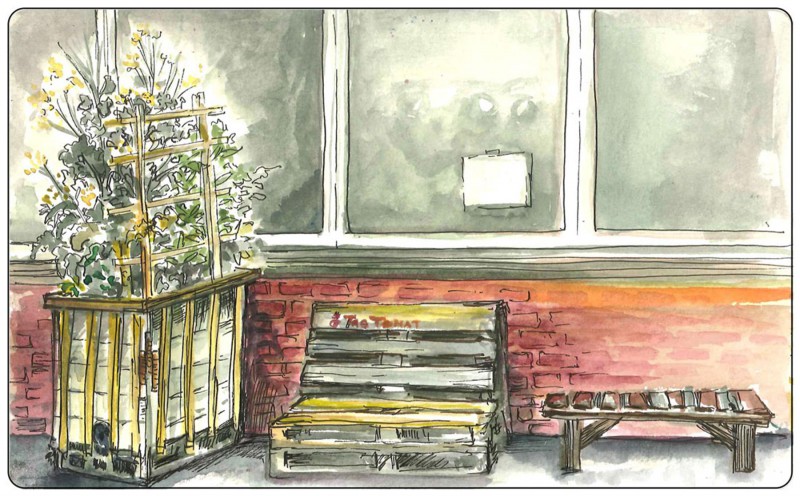 TagTomat: simple setup in the alley where the workshop is placed in Nordvest

This website uses cookies to improve your experience while you navigate through the website. Out of these cookies, the cookies that are categorized as necessary are stored on your browser as they are essential for the working of basic functionalities of the website. We also use third-party cookies that help us analyze and understand how you use this website. These cookies will be stored in your browser only with your consent. You also have the option to opt-out of these cookies. But opting out of some of these cookies may have an effect on your browsing experience.
Necessary Altid aktiveret
Necessary cookies are absolutely essential for the website to function properly. These cookies ensure basic functionalities and security features of the website, anonymously.
Functional
Functional cookies help to perform certain functionalities like sharing the content of the website on social media platforms, collect feedbacks, and other third-party features.
Performance
Performance cookies are used to understand and analyze the key performance indexes of the website which helps in delivering a better user experience for the visitors.
Analytics
Analytical cookies are used to understand how visitors interact with the website. These cookies help provide information on metrics the number of visitors, bounce rate, traffic source, etc.
Reklamer
Advertisement cookies are used to provide visitors with relevant ads and marketing campaigns. These cookies track visitors across websites and collect information to provide customized ads.
Others
Other uncategorized cookies are those that are being analyzed and have not been classified into a category as yet.
Gem & Acceptér
Powered by